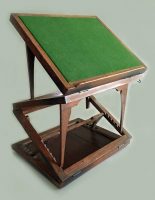 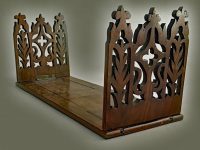 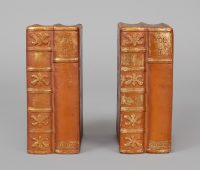 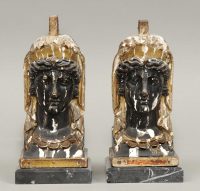 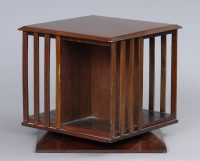 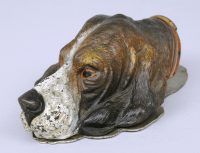 Bookends
Accessorizing your book shelves by using antique bookends adds a bit of character or whimsy to your book collection and enhances the interior of your room. Bookends are heavy and, of course, there’s a reason for that. A row of books are heavy and will tend to collapse if not supported by heavy bookends. That is why many bookends are leaded or made of a weighty material such as marble, bronze, cast and wrought iron, steel, stone, onyx, alabaster or cast brass. Most bookends have a theme. Animals are very popular, such as dogs, horses, cats, bears, camels and elephants. Also popular during the Art Deco period were nudes in striking poses. Rodin’s bronze of “The Thinker” is also very popular. The familiar L-shaped metal bookends were first patented in the 1870s by William Stebbins Barnard, of Canton, Illinois.
Early libraries didn’t use bookends because monks during the Middle Ages and the Renaissance stored books horizontally on the shelf. It probably wasn’t until the 16th century that libraries started to store books in an upright position. They also stored books with the spine facing inward so as not to destroy the spine since the books were chained to the shelves. It wasn’t until titles and authors were placed on the spine that they were stored with the spines facing out. In the 17th century, facing the spine outward became a universal practice.
Susan Silver Antiques has a large collection of antique bookends to help decorate your bookshelves.