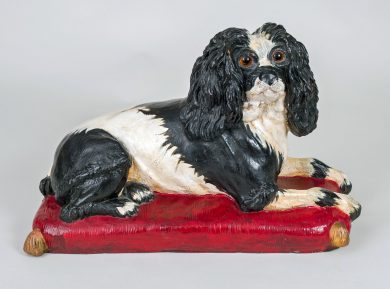 “These spaniels became great favorites of the British monarchs. King Charles I (1600–1649) had a spaniel as a young boy. Owing to Queen Victoria’s spaniel Dash, however, the spaniel enjoyed a surge in popularity in the 1840s which lasted through her reign.