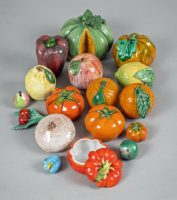 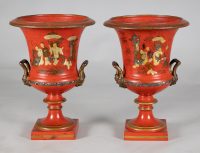 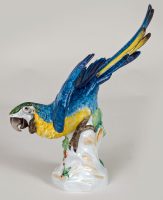 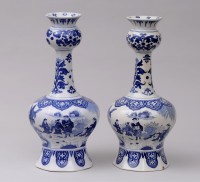 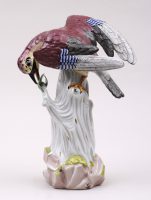 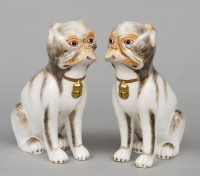 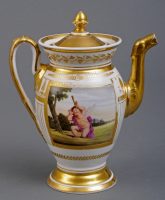 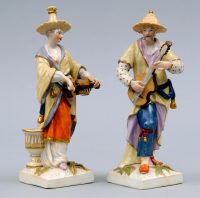 Porcelain has quite a history and has been made for thousands of years. From its discovery in China, the history of porcelain has been revealed country by country as the porcelain development of manufacture traveled from continent to continent. From China it slowly spread to other East Asian countries, to Europe and then finally to the rest of the world. Once very expensive and hard to obtain, porcelain collecting has become easily accessible since the 18th century.

The recipe for porcelain was a secret held by the Chinese. The first European country to discover the formula for hard-paste porcelain was Germany. In 1707, Johann Friedrich Bottger (1682- 1719), a German alchemist, after much experimentation discovered the secret for making hard-paste porcelain. On the basis of that discovery, Augustus the Strong of Saxony founded the first porcelain factory in 1710, in the Albrechtsburg, a palace in Meissen. It’s the oldest German porcelain factory and still in existence. Meissen produced the finest porcelain in Europe for almost a hundred years and the reason for their success was their talented painters who excelled in decorating chinoiserie scenes. One of their most popular patterns, which were first made in the 1750’s, is the Blue Onion, a blue and white design that is still produced today.

Dozens of porcelain factories opened in different German states and regions after Meissen’s success. Dresden, the name most associated with German porcelain, is not a maker but a style. It was not made in the town of Dresden but was made all over Germany. There were many porcelain factories in Germany that copied Meissen but they were not allowed to use the crossed sword mark. They had to market their wares as Dresden style.  Porcelain decorators would use Meissen blanks and would use fake Meissen marks. One of the most famous was Helena Wolfsohn of Dresden.  She used the AR cypher of Augustus Rex.  This mark was used for forty years from 1841. Meissen eventually won a case against her in 1881 and she started to use a crown over the D. Susan Silver Antiques has a porcelain bird perched on a tree stump painted by Helena Wolfsohn with the hand painted AR initials on the bottom.

The first European rival to Meissen was established in Vienna in 1718 by an Austrian court official of Flemish background, Claudius I du Paquier (died 1751). The porcelain body was similar to Meissen’s but the forms and decoration were entirely original. Again, their success was their decorators and modelers. Other well-known German factories are Berlin, Frankenthal, Nymphenburg, Hochst, Sitzendorf, Ludwigsburg and many others. There was much movement of decorators between the factories.  J.J. Ringler (1730-1804) for one, a highly skilled potter and painter, traveled around Europe and set up factories wherever he could find patrons and would take other German painters from different factories with him.

The French developed soft-paste porcelain. The early French thought true porcelain was a form of glass and so used common glass mixed with white clay and other ingredients. It was quite beautiful but it wasn’t true porcelain. In 1673 a factory opened at Rouen and a patent was granted to Louis Proterat. His  recipes died with him in 1696. In 1678 a factory opened in St. Cloud by the Chicaneau family. It became the first commercially practical European porcelain. Then in 1725 a factory opened in Chantilly by Prince de Conde, Louis-Henri de Bourbon (1692-1740). This factory is known for its pieces in the Japanese Kakiemon style because the Prince had a collection of it and was so enthralled by it that he copied it.

Other French factories were Mennecy, Vincennes and Sevres. The Vincennes factory was founded in 1740 at the Chateau Vincennes by its first director, Claude-Humbert Gerin (1705-1750) and local craftsmen from Chantilly. In 1745, the Vincennes and Sevres factories had backing from the king, Louis XV. Sevres is the continuation of the Vincennes factory and in 1756 the factory was moved to the Chateau Sevres, near Paris at the initiative of Madame de Pompadour. Kaolin was discovered, at last, on French soil at Saint-Yrieix-la-Perche to the south of Limoges and from 1768, Sevres was making a true hard paste porcelain. This factory had a high standard of quality and produced detailed hand painted porcelain for the affluent society of the day.  Sevres has the most detailed marking system of any porcelain factory. The year of making, the name of the potter, painter and gilder of every piece was recorded in a special code alongside the factory mark. They were able to make huge dinner services. One was created for Empress Catherine II of Russia.   Louis XV and Louis XVI generously presented dignitaries around the world with services so that fine French art and decoration could be displayed. After the French Revolution, the factory was taken over by the State in 1793 and produced mostly pieces in the Neo-Classical style. The factory continues to this day.

The most famous porcelain factory in Italy was Capodimonte, founded by Charles IV, King of Naples and Sicily, in 1743. It is most well-known for its elegant and well painted molded figurines. The body is pure white and translucent. The decoration consists of landscapes, fruit and floral designs and chinoiseries in soft palettes. In 1759, the factory was moved to the palace of Buen Retiro in Madrid, Spain. In the 1770’s they stopped importing materials from Italy and the quality declined. In 1771 Ferdinand IV, King of Naples and Sicily and son of Charles III, restored the production of porcelain. This Naples factory produced figures of peasants in colorful costumes and dinner services which were decorated with views of Naples and Mount Etna. The Naples factory closed in the 19th century. Other factories in Italy were Vezzi, Cozzi and Doccia. Both Vezzi and Cozzi were established in Venice. The Doccia factory was started in 1737 near Florence by Carlo Ginori (1702-1757). In the 1896 it was incorporated under the name Richard Ginori.